After weeks of struggling and fumbling about in an ADD fog — a fog so thick simple distractability would have been welcome — the bright light of hyper-focus finally returned last week.

Hyper-focus is a mutable character. Its erratic & sneaky — it give no warning of its impending arrival, so you just keep waiting, and waiting, and waiting, then it slips in quietly and takes over. Sometimes it even takes me a day or two to recognize and acknowledge its presence. (Kinda like those bitchy, cranky days, those days your family wishes they could lock you in the basement, but then who would feed them, and it’s not til your period arrives that you realize the beastly behavior was courtesy of PMS.)

This time it took two into-the-wee-hours writing sessions for me to realize I was back in the game. It felt so good to be writing again, working. There were lists & chores to be dealt with, but hyper-focus is at the expense of all else, and I happily relinquish control and ride its wave, because I know the shore it will deliver me onto will be relatively tranquil, full of possibility and productivity. 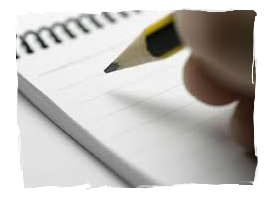 The torrent of ideas flowed rapidly onto lists, scraps of paper, and into my voicemail so I wouldn’t forget. Stuff was gonna get done!
Now that my feet are planted firmly on the beach, I’ve digested the mess of ideas and, much like Santa this time of year, I’m making my lists and checking ’em twice.

Sure there are the day-to-day lists of errands, chores, emails, drop offs & pick ups and playdates, but I’m talking the bigger, generally overwhelming items, that tend to languish in the corners of a life.

Add these big ticket items to the mundane day-to-days and the noise quickly becomes deafening.  Soon this Mom on ADD gets so damn distracted she’s swimming in circles, finally falling on shore (couch or bed, depending which is closest) in an exhausted & defeated heap and what I call “ADD paralysis” sets in, and then comes the fog again.

So to keep me on track, riding the waves, instead of treading water, here’s my Late Night-inspired master list . . .

10. Purge the Attic Closet
You know those clothes that migrated north many seasons ago, clothes that haven’t been worn in years. Time to say bye-bye! 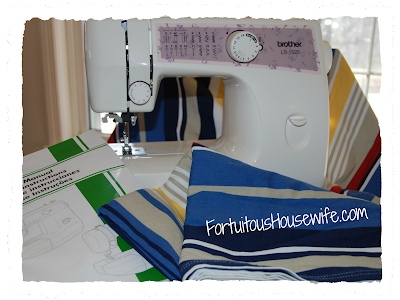 8.  Sell, Sell, Sell
There’s an entire shelf in my basement of eBay-worthy junk I’ve been meaning to post. Heck, who couldn’t use a few extra $$, and I’m an ardently believer in one gal’s junk/trash . . .

6.  Clean Out Knitting Bin
I haven’t touched my knitting needles in MONTHS. “Why” you ask? Because I haven’t been able to face the overflowing bin of unfinished Christmas projects, gifts I had planned for LAST Christmas. It’s time to get stitching again! I can’t think of a better way to wile away the hours & hours I’ll be spending sitting poolside at swim meets this winter.

I’m a do-it-yourselfer — why pay someone big bucks to do what I know I can get done, and I like knowing how it all works, knowing how to tweek things when inspiration strikes. I’ve done my research and homework, the mechanics are relatively simple. I’ve made my list of widgets & plug-ins. So what’s the hold up? I have to pick a theme! That’s it, just one small element of a much larger endeavor that is holding up the whole show! There are just so many to consider! I found the perfect template a month ago, just a few simple changes, only to realize it was for Blogger and the designer didn’t have time to redo it for WordPress. So now I’m back to the drawing board!

4.  Decrease the Cyber Noise
Amy Renea at A Nest for All Seasons and Fadra at Social Dialect got me thinking about all the people and pages filling my feeds, how sometimes their innocent posts and tweets were making me feel less than pleased with my scattered self. Important emails get lost in the avalanche of emails I’ll never read. Sites I enjoy reading go neglected for weeks because they are buried in the lengthy lists of bookmarks. So it’s time to clean up the Twitter feed, whittle down the Facebook likes and unsubscribe, unsubscribe, unsubscribe.

3.  Finish Office Reorganization
Yep, commenced way back in the beginning of October and I never got back to it! I’ve successfully avoided the mess by working at the dining table these past week, but we all know central locations aren’t good spot for minimizing distractions. 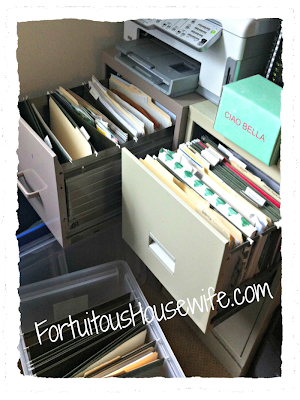 2.  Pre-Christmas Toy Purge
Room must be made before the Christmas morning tsunami!

1.  New Holiday Ensemble
We’ve got a few holiday gathering on our calendar this season, and Mama wants/needs/deserves/demands a festive new frock! Maybe something sparkly? Or a splash of vivid color?

Now to do a little time management analysis — I found some interesting new perspectives and approaches in Judith Kolberg’s article “Tackling To-Do Lists with ADHD” that I’m going to try out — and then start chipping away at what feels like the Mount Everest of lists.