Many of us ADDers struggle with time blindness – we lose track of time and are no good at realistically estimating how much time a task will take to accomplish.

There are lots of great hacks & tools to help ADDers keep track of time passing – Eric Tivers and Alan Brown talk about them all the time. (Check out Eric’s podcast ADHDrewired or Alan’s ADDCrusher video series or his new CrusherTV!)

And, sure, you can use the alarm on your digital watch, or set multiple alarms on your smartphone.

But, for me, there are two major flaws with all of these – I have to remember to set them and then I have to not ignore them when they go off.

Last week, after nine days on the road, covering three different times zones, and an awesome long weekend in NOLA with my ever-growing circle of amazing ADHD colleagues and friends at Chadd‘s annual International Conference on ADHD, my agenda was pretty simple – recharge, regroup and get back into my work-from-home suburban mom grove.

During my re-entry checklist, I discovered my MacBook had not made the final time zone adjustment as I had. All my iCal events were still set for Central time, with Eastern times shown in parenthesis – very confusing, a calamity in the making.

I fiddled with a few events in iCal, trying to get them to show up in the correct Eastern timeframe, but that wasn’t fixing the problem. I opened the System Preferences, then clicked on Date & Time, where I discovered the culprit. 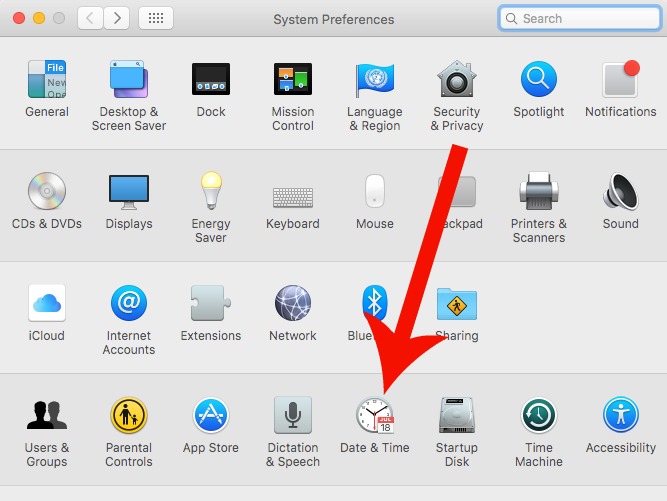 My MacBook had refused to leave NOLA – I can’t really blame it? 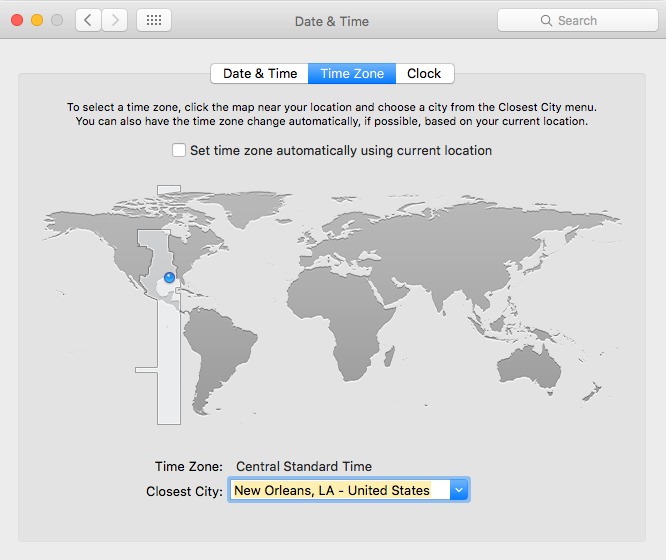 A few clicks and I was back on Eastern Standard time. Problem solved!

Then I happened to click on the Clock tab and, instead of instantly shutting the Date & Time window, I spotted the little offer at the bottom…Announce the time. 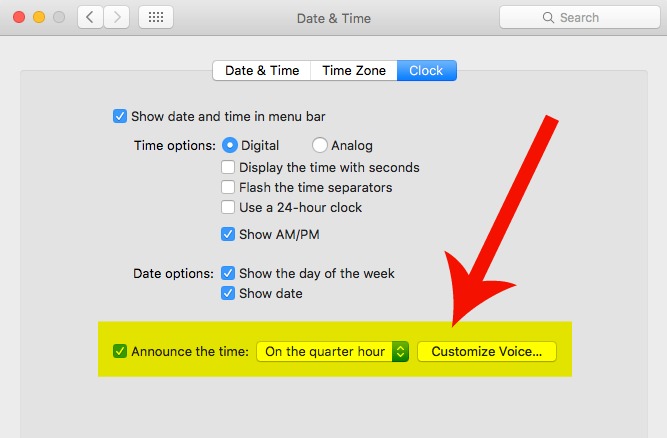 I discovered you can set your MacBook to announce the time – on the hour, the half hour or even on the quarter hour. You can also customize the announcement voice – but don’t get too excited about this feature, it’s not like you can choose one of your favorite Star Wars character or your favorite Aussie or British actor.

Little did I know, Mr. Announce Time, with his stilted, computer-generated voice would quickly become my new productivity bestie!

Every 15 minutes he gently, without any judgement or condemnation, lets me know what time it is, and by default, how much time has passed and how much time I have left until I need to move on to the next thing on my day’s agenda.

Maybe y’all are rolling your eyes at my new discovery. Maybe you’ve know about Announce Time for years. In which case I ask, “Why didn’t you tell me about it?”

But, in the interest of helping other ADDers that may still be living in the pre- Announce Time universe, I am putting aside my aversion to ridicule and humiliation and sharing my little/big discovery – Mac OS X Time Announce.

P.S. When your MacBook goes to sleep, so does Mr. Announce Time.